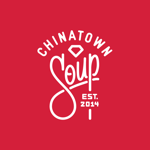 Inspired by the success of Detroit Soup, a non-profit start-up established in 2010 by two young women to benefit local artist initiatives through micro-funding dinners, Chinatown Soup built upon this interactive, democratic model to design an arts space for a neighborhood that has shifted from an immigrant-populated enclave to an emerging hotbed for real estate development and the new art scene.

Drawing from the Stone Soup folk parable and artist-run collectives of 1970's New York, such as Chinatown's Basement Workshop and SoHo's Food, we're forming a new vanguard of social entrepreneurs that re-imagine how people can work together to live creatively in the 21st century city. This form of creative intervention begins with enabling cultural organizations to provide emerging artists with their first significant exposure, host residencies, offer studio space, and present public programming with strong commitments to local communities.

This property is managed by Chinatown Soup